We all know about the popularity of WhatsApp, the instant messaging application that only a few people in the world do not use. It was bought by Facebook some time back and contrary to what many believed to be the end of WhatsApp; it has flourished and maintained its reputation. With time, many other apps came into being along with WhatsApp, but nobody has replicated its success. But a new competitor is on the block which could give WhatsApp for a run for its money. I am talking about the Google Allo Android app which is available by the Google Allo APK name. This app from Google has been created to provide direct competition to WhatsApp. We all know that Google is perhaps the biggest force on the Internet and, therefore, if it has decided to play in this field then it must have come up with some advanced technologies that might make the app better. So let us take a look at what the Google Allo app is offering to its users and how you can get it on your Android device. 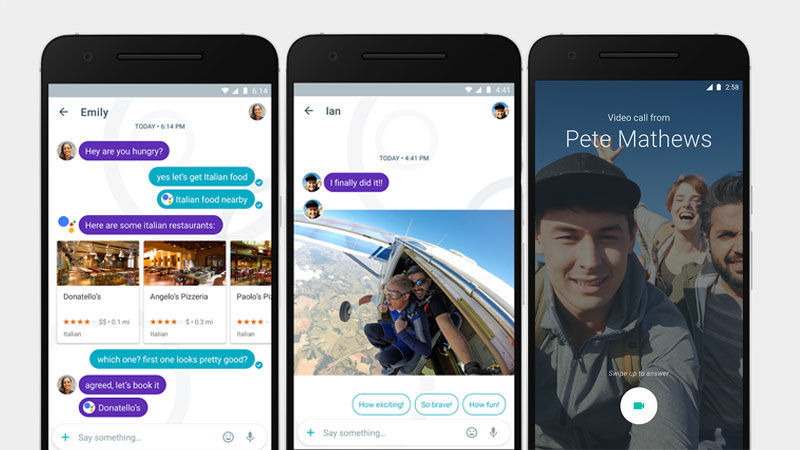 Google Allo is an instant messaging app that offers texting as well as voice messaging capabilities along with other features. Some of the unique features that it offers include the ones in the following list.

The Google Allo app was first announced during Google’s annual conference in May 2016 along with another of Google’s apps which is called the Google Duo and which caters to video calling only. However, after reading through this, you must be tempted to get this app for your device, but the sad news is that it has not been released yet. It is not going to be much long either as the app is already geared up for the release. In the meanwhile, you could visit this link to pre-register for this app so that you do not face any problem in downloading and installing it when it is officially released.

You can also get this app on your iOS device because it has been predicted that Google Allo will be released for iOS at the same time as it is released on the Google Play Store. You can also get it on your PC if you think that the app deserves to be viewed on a larger scale. A Chrome extension is being mulled for the app and users could also take the help of the BlueStacks Android Emulator in order to get the app, like-for-like as it appears on an Android smartphone.

Keep watching this space for more such updates and we will inform you the moment that this app is released to the public. As soon as it is released, just go ahead and download the app because you know it is Google and Google does not go wrong.