The Android Nougat or the Android N, as it is being called is the latest Android operating system that Google has launched. It has been in a developmental stage for quite some time but now the full version has been released, much to the happiness of users and developers alike. This OS is being added by default to the brand new Google devices and Android One devices. The Nexus 6, Google Pixel C, the Nexus Player, Nexus 9, Nexus 6P and the latest Nexus 5X will all come with the Android Nougat preloaded in them. Other phones will get the software update gradually. There is an excitement and buzz about this software because of the implementation of many efficient and powerful features, which we will talk about later. First, I need to discuss how users who do not have Android and automatically on their phones will get this software.

Things to keep in mind before getting the Android Nougat:

The first thing that is to be done is obtain a backup of your device. Although the version of the Android 7.0 N is very stable because it is the completed software, it is better not to take any chances with your phone and all the information that you may be carrying in it. There is no saying whether everything will run smoothly during an OS update. So getting a backup is essential so that you can revert to your original software and settings if this process does not work for you. Therefore, go to your phone Settings and select Backup and Reset. After that, click on Backup my data so that the option is enabled. Also, enable the Automatic Restore option.

You can also complete the backing up process by manually copying all the folders of your SD card as well as your internal memory onto a folder in your computer system via the USB connection option. 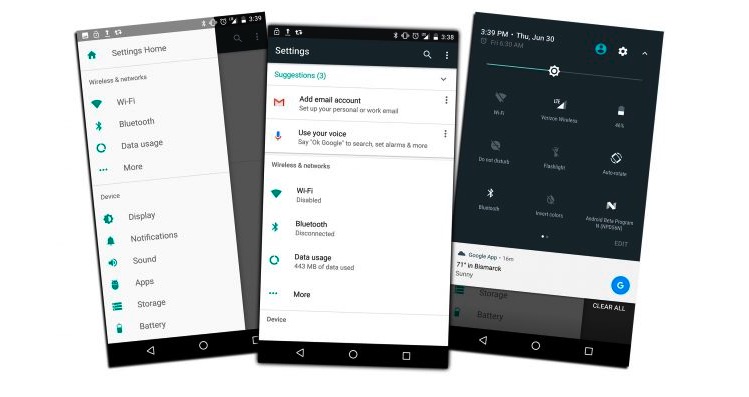 Getting the Android Nougat:

So once you are done backing up your device and you are comfortable that even if anything goes wrong, your device now has the capability to revert to its older self through the backup, it is time to check for the Android 7.0 N update. If your phone is a bit old, then the update will be delayed in arriving. However, through this process, you can speed up the arrival of the Android 7.0 N. This update will be an over the air update, and you need to keep a check about what is happening. Since it will arrive on all handsets like a regular update, you will be notified of it when it is available. Additionally, you can also manually check for the update by visiting the About Phone section in the System Settings. If it is not available there, know that the software is not there yet.

However, if you have a Nexus device, then you might be in with the chance to get the update before everybody else. For this, you have to visit the Android Beta website and sign up. As soon as the website detects your phone and you sign up for the first time, your device will be on the Eligible Devices list, even if it is the Nexus 6P, which is the older version. So once you get the option, without further ado enroll your device for the beta program. Once you are properly enrolled, you will get an update for your device.

With all these new advancements the Android OS has performed exceptionally well and is on fire with the iOS version 9, if not better than that. This voice is one which is powerful and attractive and seems to be a thing for the future.